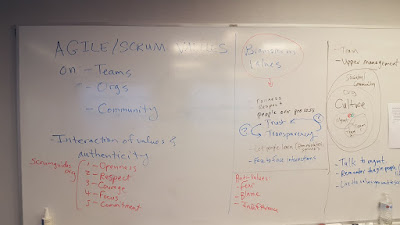 Email ThisBlogThis!Share to TwitterShare to FacebookShare to Pinterest
Labels: 2017 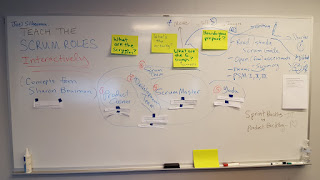 Email ThisBlogThis!Share to TwitterShare to FacebookShare to Pinterest
Labels: 2017

Assert: We can make music.

We used TDD to form a music ensemble. In less than an hour, we composed and performed a song. Some of us arrived as musicians, some not; we all left as musicians.

We experimented with using a navigator and acting more like a mob programming team. It worked well for us--we spent less time talking about what to do and more time making music.

Agile Games on the web